To Meter or Not to Meter? That is the question. Last week I posted an image of myself calibrating my new camera to my Sekonic meter. I was metering a Sekonic test swatch card which I had mounted on a TetherTools rig. Someone commented, “Who meters anymore?” Well I do, but it really depends on what you do. If you are a run and gun photographer, that is, working fast taking shots of existing situations relying on your less than perfect in-camera metering system, then looking at the image on the back of your camera to check exposure, etc., makes some sense to me, but is far from optimum. It is a compromise—speed at the cost of accuracy. But when you are shooting for optimum quality, especially in situations where you are actually creating what you are shooting rather than recording something that already exists. That is, when you are lighting your subject/scene and creating lighting ratios (the difference in light levels between lights), then hand-held metering makes a lot of sense. It is faster, than the trial and error method of changing power/ratios between the light-sources to what you think they need, then shooting a test shot, looking, judging, then usually repeating this process several more times. With hand-held metering, your meter, the meter tells you exactly what that light levels and ratios are, you alter the light based on this, and you are ready to go. Metering the subject and scene is also way more accurate! If you are looking at the image on the back of your camera, the exposure looks different in the bright sun than it does in a dark room, your eyes acclimatize to the ambient light level and influence your vision and judgment when viewing a camera or computer screen. So I use both, meter first, get the exposure where you want it as well as the lighting ratios, then shoot a test shot, and review it for overall lighting composition and subject composition. The meter allows me to be dead accurate and gives me confidence that the exposure is right on. If I have to fix the exposure in post like in Lightroom or Adobe Camera Raw or Photoshop, then I have an inferior file that doesn’t look so good, and doesn’t print as well. Also way less leeway for further manipulations in Photoshop, before the pixels fall apart. So that’s why I still meter, the work I do is involved and so I like to keep it as simple as possible, once I’ve metered something I know what it is and can move on. No nagging second guessing myself, plaguing my mind as I’m trying to work. So what about histograms? Useful for “Run and Gun”, but far from optimum, plus the histogram on the back of your camera is a primitive graph of a processed Jpeg file, not a RAW file. I shoot RAW. Also a histogram gives no information on lighting ratios. So to meter or not to meter? I always meter for involved work leaving my mind free to ponder other creative aspects of the shoot and the mental freedom to ponder “To be or not to be”. 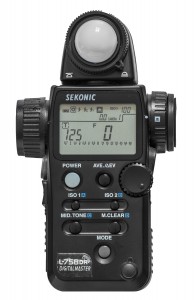 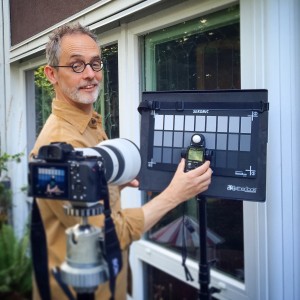 Discover the secrets of photography lighting so your photos evoke drama and dimension with on-demand access to Dave's suite of video tutorials, set-up sketches and more.

Master the art of photographic lighting by studying with lighting wizard, Dave Montizambert.

Book a photo-shoot with Dave